Good news for employees in UAE

Pay to rise faster than inflation in 2014

Ask anyone about the cost of living today, and you're likely to be discussing rising rents, surging food bills, escalating cost of children's education, as well as the price of clothing, travel and a whole lot of other day-to-day items.

What doesn’t seem to be edging up, however, is salaries we earn, right? Wait until 2014, says new research from professional services firm Towers Watson, which says that, next year, we are all going to earn more than what inflation will take away from us.

Employees in the UAE can expect average pay increases of 5 per cent in 2014, it says, and adds that inflation will average 2.5 per cent, resulting in an increase in disposable income, or the real pay hike, to the tune of 2.5 per cent.

Rising rentals, the primary worry of UAE employees, will be more than offset by employers looking to retain talent, the firm maintains. Towers Watson expects annual housing allowances to be closely monitored by companies in the UAE in 2014 to ensure levels remain competitive following significant increases in rental costs in the past year.

For the past two years housing allowances for executives have increased by 9 per cent while management level employees received increases of 5 per cent and professionals 2 per cent, according to Towers Watson research.

“2014 will be challenging for organisations as they will need to balance their ability to recruit and retain the best talent, whilst also ensuring remuneration costs do not exceed company budgets,” said Billy Turriff, Business Leader for Data Services & Technology at Towers Watson.

“UAE pay awards are broadly in line with other countries across the Gulf and with the lowest anticipated inflation in the region, real income rises in the UAE are predicted to be second only to Kuwait,” he added.

The results show healthy pay rises across the Middle East with salary increases in Kuwait, Oman, Saudi Arabia, Bahrain and Qatar, all between 5 and 6 per cent.

Projected pay increases by GCC countries in 2014:
“In a fast moving and rapidly growing economy such as the UAE, circumstances change quickly and companies often find their pay policies out of date if they are not monitored closely and refreshed regularly,” concluded Turriff.
www.helpxpat.com
Posted by Unknown at 02:53 No comments:

Hello,I am more than happy to provide some feedback on the Services provided by HelpXPat. Actually I’ve been VERY impressed from start to finish…I had several calls with Simi to kick things off and a fantastic orientation tour of Dubai with Diane, which my wife participated in also. Diane is a consummate professional and expert on Dubai having lived here for many years and took us around all of different areas and residential/developments, advising where is good and where is not, pro’s and con’s of different locations and properties. She understood exactly what we were looking for in terms of housing and location ie. wanting to be in a villa near the Jebel Ali/Marina side of town. We spent the full day driving around Dubai with Diane and we gleamed all sorts of useful stuff from her – saw parts of Dubai we had never seen before and by the end of the day, had viewed about a half a dozen different villas and homed in on a particular area (Jumeirah Park), so very useful.

When I arrived in Dubai, I was very well looked after. I met with Diane again on the first day, to do the “Home Search”. They had provided a full list of properties to view on Jumeirah Park (our preferred location) with different Agencies, all within budget and with a few different options (Landscaped, pool yes/no etc.). I think we had about ten villas to view but view an additional half a dozen or so, as Diane knew some of the Agencies/contacts personally. By the end of the day, we had selected a property which we were very pleased with.

Simi took over after we had selected the villa on Jumeirah Park and got everything sorted very quickly. Simi is a one-off – very professional, super-responsive and took all the stress out of moving, from my perspective. She organized everything related to the Villa and everything was finalized very quickly. She personally drove me around the various different Agencies to organize Driving License, Alcohol License, eGate, etc. Simi organized my DEWA connection, helped with teething problems at the Villa (no water, no electric, no Hot Water) and organized the Cleaning of the Villa using her contacts. I can’t think of a better person to deal with than Simi, when relocating internationally – honestly.

Overall, very impressed with services provided by HelpXPat – thank you to Simi and Diane for their help with the orientation, Home Search and local formalities during the first few weeks. Only thing left is moving my stuff from UK to Manchester, which Simi will be taking care of once I have a date (probably January) and then my Wife will move in due course.

Thanks for your support – much appreciated.

For any relocation support, please contact HelpXpat on enquiry@helpxpat.com
www.helpxpat.com
Posted by Unknown at 02:52 No comments: 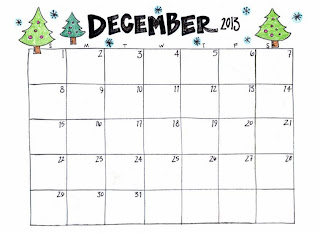 Cabinet of Curiosities by Jaime Puebla, an exhibition of photographs shot in the UAE by Jaime Puebla at Gulf Photo Plus, Al Serkal Avenue.
DECEMBER 17
Middle East Film and Comic Con workshop, at The Magazine Shop, Media City. Entry free. RSVP on rsvp@mefcc.com.
DECEMBER 18
Visit the Souk Festive Market (from December17-27) at Madinat Jumeirah, open 3pm-midnight on weekdays; 1pm-midnight on weekends, with seasonal food and beverage snacks such as roasted chestnuts and gingerbread, a giant snow globe, an ice rink, Santa surfing, a reindeer rodeo, Santa’s grotto and the North Pole Train.
DECEMBER 19
Chicago Broadway Musical, the incredibly popular and famous Broadway musical is coming to Dubai World Trade Centre. Until January 3. Platinumlist.ae
At the movies: Bollywood’s Dhoom 3, starring Aamir Khan, Katrina Kaif and Abhishek Bachchan
DECEMBER 20
Beauty and the Beast, a family show by Barnyard Productions at Madinat Jumeirah,7pm. Tickets, Dh250-350, at madinattheatre.com. Shows also December 21-24 (11am and 3pm); December 26-28 (3pm and 7pm); December 29-30 (11am and 3pm); December 31 (3pm).
DECEMBER 21
Baby Bazaar, a monthly flea market for mums to sell pre-loved baby, toddler and maternity items (held on the third Saturday of the month), at Foutouh Al Khair Mall, 10am-2pm. Visit www.babybazaar.org or call 050-5532048.
DECEMBER 22
UAE Contrast of Time, an exhibition by established and upcoming photographers from the UAE Goodwill Photographers group, at Art Couture, Al Badia Golf Club, until January 7.
DECEMBER 23
BookMunch Cafe is bringing you glad tidings of good cheer with the best of Christmas fun and food, all children eating at BookMunch between will get a free gingerbread cookie with candy and frosting to decorate with.
DECEMBER 24
Check out Lines and Colors an Arabic calligraphy exhibition with works by 10 Arab and Iranian artists, until December 25 at Pro Art Gallery, Palm Strip, Jumeirah Beach Road.
DECEMBER 25
Merry Christmas! For listings of Christmas Day, Christmas Eve and Boxing Day offers, check gulfnews.com/tabloid.
DECEMBER 26
High Impact Festival, at Meydan (also December 27) with performers from Africa and Asia. Headliners on 26 are P-Square, Mr. Vegas, Lira and Mafikizolo. Open to all ages; from 4pm-3am. Tickets, Dh299/545 at Virgin Megastores.
For table reservations, call 050-7486540.
At the movies: The Wolf of Wall Street based on the true story of Jordan Belfort, starring Leonardo DiCaprio, P.J. Byrne, and Jonah Hill.
DECEMBER 27
Filipino rock band Eraserheads perform at High Impact Festival, Meydan, tickets Dh259/399. highimpactfest.ae
DECEMBER 28
Nabil Nahas’ second solo exhibition at Lawrie Shabibi, presenting Fractals, his best-known series, and his Galactic paintings. Until January 9.
DECEMBER 29
El Moulid, a group exhibition by 15 Contemporary Egyptian artists exploring a unique cultural phenomenon at Gallery Ward
DECEMBER 30
Eyes Wide Open - An Afghan Journey, a photo exhibition by Pia Torelli at Alliance Francaise, Oud Metha, Dubai. Works will be for sale. Until December 31.
DECEMBER 31
It’s New Year’s Eve! Amid fireworks at Atlantis, Burj Khalifa and Emeli Sande and Pete Tong at Atlantis, there are a host of events taking place across the UAE. Check gulfnews.com/tabloid for updates.
Updated by Simi from HelpXpat
www.helpxpat.com
enquiry@helpxpat.com
Posted by Unknown at 22:51 2 comments: